This is a new Category!

Choosing a German Shepherd Stud for your female is a very important decision.

As breeders we take the place of nature and select what we feel is the best male to compliment our females. There is so much to consider as� you review the stud listings here on GSDsite.

Keep in mind the ancestry of your dog, physical and mental traits you want to retain and improve upon, health clearances such as hip and elbow certification and screening for DM.

Success in the conformation ring or on the trial field is another component to evaluate.

Things to consider when selecting your German Shepherd Stud:

Titles and awards: Generally people don't bother putting time and� effort into a male that will not be desirable as a stud in the end.� As a result most European males are not considered stud candidates unless they have� attained a high degree of training such as Schutzhund 3 or IPO3. American studs typically have some form of American Champion associated with their list of accomplishments.

Show ratings: Show ratings can be� difficult to assess. May breeders offering stud services seem to have it confused themselves. Show ratings are broken into two catagories; the level of the event the rating was given, World,� National, Regional, and Club as well as the placement itself, V1, V2, V3, or SG1, SG2, SG3, etc. If a dog is advertised with a show rating it should be identified as to where and what the rating was. Protocol is the show rating given with the dogs name is earned at the World level or National level the consumer should check the results to see where the rating was earned. Ratings earned at Regional and Club level are often presented and mis-interpreted as World or National level results.

Health clearances: Typical clearances are the Hip and elbow certifications offered by OFA or the German 'a' stamp program. There are other certifications obtainable from other organizations. Check to see how they compare to the American and European standard. Another health consideration now emerging on the scene is the DNA test for DM. Most stud owners can advise you if their dog has been tested as a carrier and what the result is. In the American breed there are tests for other ailments prone to the breed. Ask your stud dog owner what test were done if your selection is an American male.

Production: By the time the dog is offered as a stud male, there should be some history of the dogs' ability to produce. Many top dogs are top producers, many are not. Check the results of the males offspring and talk to the owner to find out specifically what their male has produced. 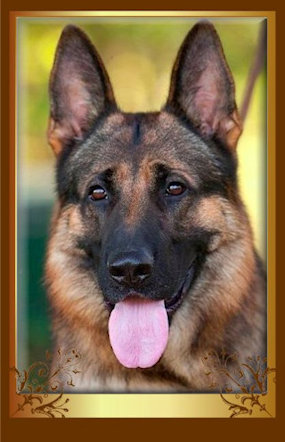