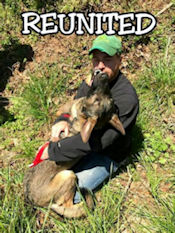 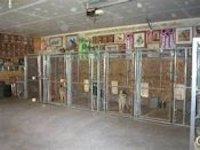 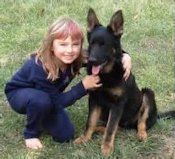 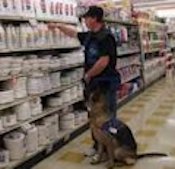 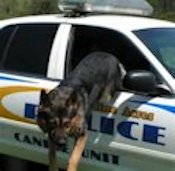 The Department of Justice published revised final regulations implementing the Americans with Disabilities Act (ADA) for title II (State and local government services) and title III (public accommodations and commercial facilities) on September 15, 2010, in the Federal Register. These requirements, or rules, clarify and refine issues that have arisen over the past 20 years and contain new, and updated, requirements, including the 2010 Standards for Accessible Design (2010 Standards).

How “Service Animal” Is Defined

Service animals are defined as dogs that are individually trained to do work or perform tasks for people with disabilities.

Examples of such work or tasks include guiding people who are blind, alerting people who are deaf, pulling a wheelchair, alerting and protecting a person who is having a seizure, reminding a person with mental illness to take prescribed medications, calming a person with Post Traumatic Stress Disorder (PTSD) during an anxiety attack, or performing other duties. Service animals are working animals, not pets. The work or task a dog has been trained to provide must be directly related to the person’s disability. Dogs whose sole function is to provide comfort or emotional support do not qualify as service animals under the ADA.

Some State and local laws also define service animal more broadly than the ADA does. Information about such laws can be obtained from the State attorney general’s office.

If someone's dog calms them when having an anxiety attack, does this qualify it as a service animal?

It depends. The ADA makes a distinction between psychiatric service animals and emotional support animals. If the dog has been trained to sense that an anxiety attack is about to happen and take a specific action to help avoid the attack or lessen its impact, that would qualify as a service animal. However, if the dog's mere presence provides comfort, that would not be considered a service animal under the ADA.

Where Service Animals Are Allowed

Under the ADA, State and local governments, businesses, and nonprofit organizations that serve the public generally must allow service animals to accompany people with disabilities in all areas of the facility where the public is normally allowed to go. For example, in a hospital it would be inappropriate to exclude a service animal from areas such as patient rooms, clinics, cafeterias, or examination rooms. However, it may be appropriate to exclude a service animal from operating rooms or burn units where the animal’s presence may compromise a sterile environment.

Service Animals Must Be Under Control

Do they have to be quiet and not bark?

Under control also means that a service animal should not be allowed to bark repeatedly in a lecture hall, theater, library, or other quiet place. However, if a dog barks just once, or barks because someone has provoked it, this would not mean that the dog is out of control.

No. The ADA does not require service animals to wear a vest, ID tag, or specific harness. 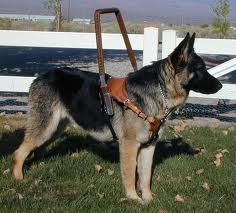